Why Your Windows Updates Are More Important Than Ever

In recent news, the ransomware WannaCry swept the world, knocking out computers in an instant. It hit businesses, government and police departments and of course the NHS hospitals in the UK. It was a mess! Affected users had all their files encrypted and couldn’t get them back unless they paid a ransom of around $300. This attack was particularly bad because it took advantage of a Windows vulnerability to spread itself from network to network. What wasn’t clear in the media though, was that home users were also exposed to the attack – but only those with a vulnerable Windows installation. 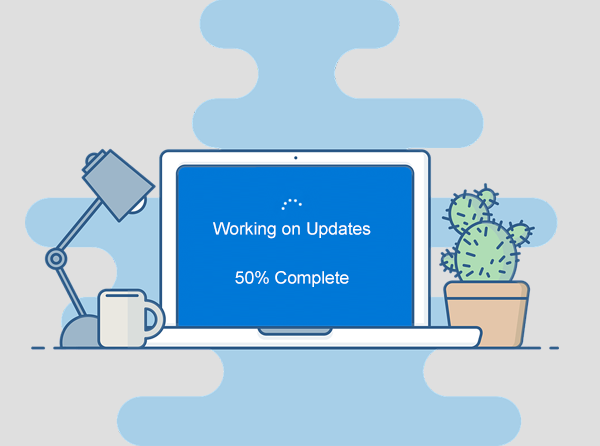 One simple security patch, issued by Microsoft months before the attack was all it took to create a no-entry zone for WannaCry. This just stresses the importance of keeping your Windows up to date at all times, no matter what you use your computer for or how often.

Updates Explained
Whenever Microsoft discovers a potential flaw, they push out a small piece of software to all Windows computers running a supported version. If set correctly, your computer will check if there’s any updates or patches and install them automatically. In new versions, this usually happens when you’re shutting down or starting up, and doesn’t impact your experience at all. Unfortunately, some users will manually disable or delay their updates, creating a risky situation.

The update may include security patches, drivers or a simple tweak to address bugs or issues with Windows. Sometimes, they even include new features or applications to improve the stability of your operating system. They’re a good thing!

Not All Versions Get Updates
Some older operating systems are no longer supported, which means unless there are extenuating circumstances, Microsoft won’t issue any new updates. Not a single one – generally, if cyber criminals discover a flaw after support ends, they’re free to exploit it.  For example, Windows XP support ended in 2014, and Windows Vista just ended in April this year. The moment an operating system is retired it becomes a playground for cyber-criminals.

It’s not just Microsoft walking away from these old versions either. Third party software like the Google Chrome browser will still work, but they’ve also stopped supporting old versions with crucial updates and patches. It might seem like everything is working fine because your anti-virus isn’t pinging in alarm, but it just becomes a case of risk, upon risk, upon risk.

What to do with older Windows
As much as you’re comfortable with your older version of Windows, each time you boot up you’re exposing your system, important files and entire network. It only takes one weak entry point in the chain to allow malware into all connected devices. That could mean your photo storage, media center or even smart appliances. It’s not worth it – if you’re running Windows XP or Vista (or older), you need to update to a more modern operating system ASAP. Give us a call to upgrade your computer.

We can also monitor your system remotely and apply your Windows updates with our Managed Services packages, ensuring you are always up to date and protected.